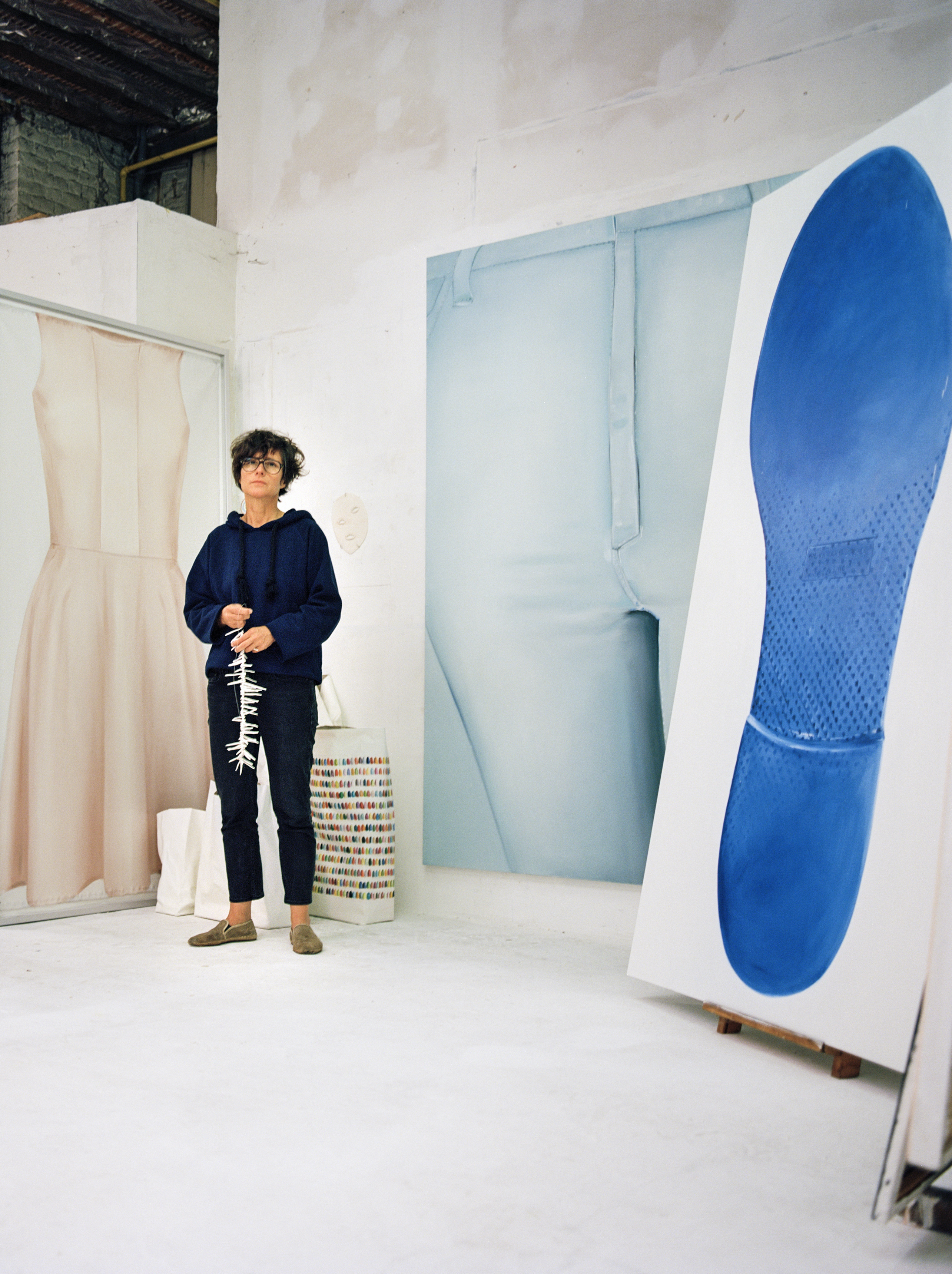 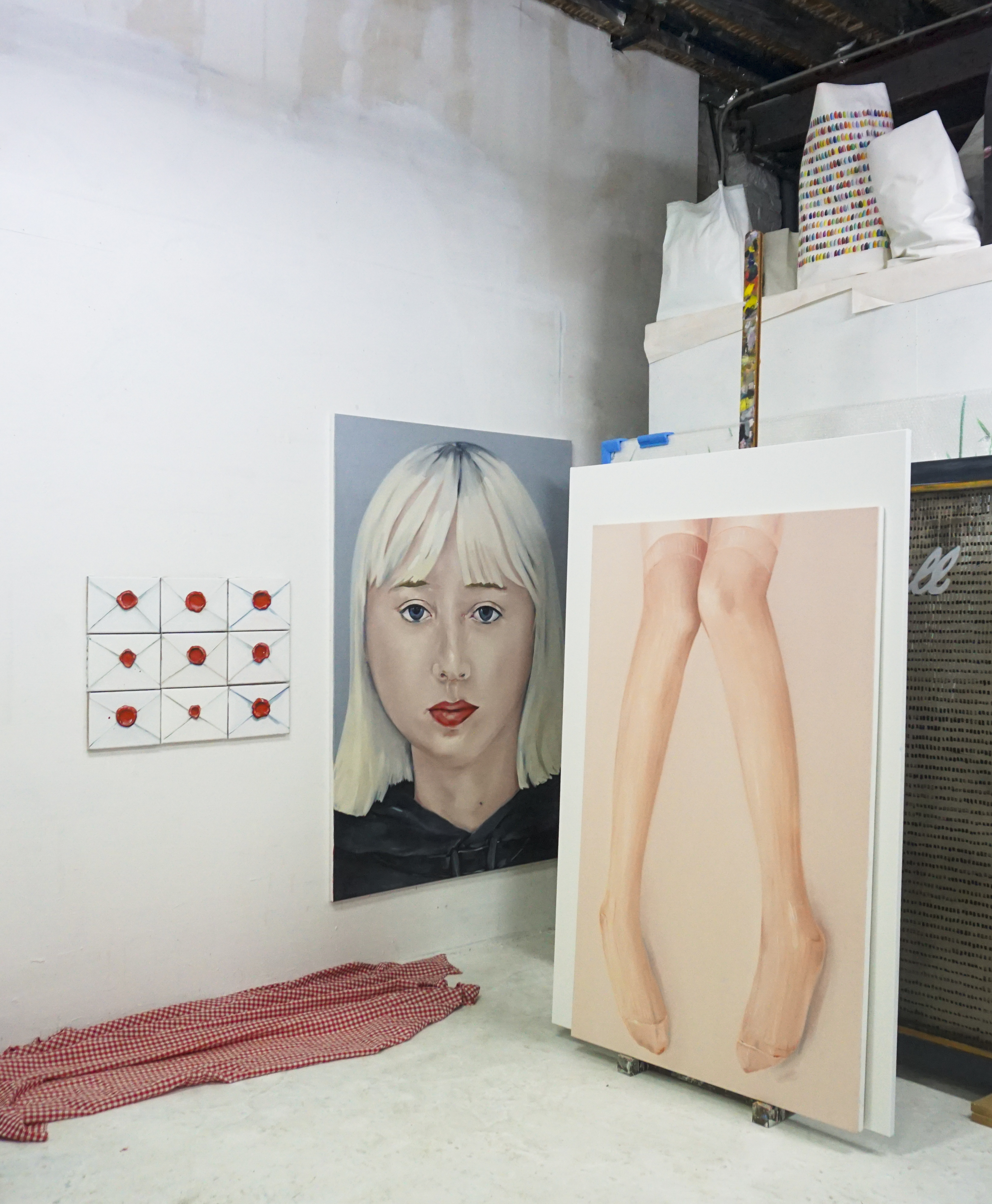 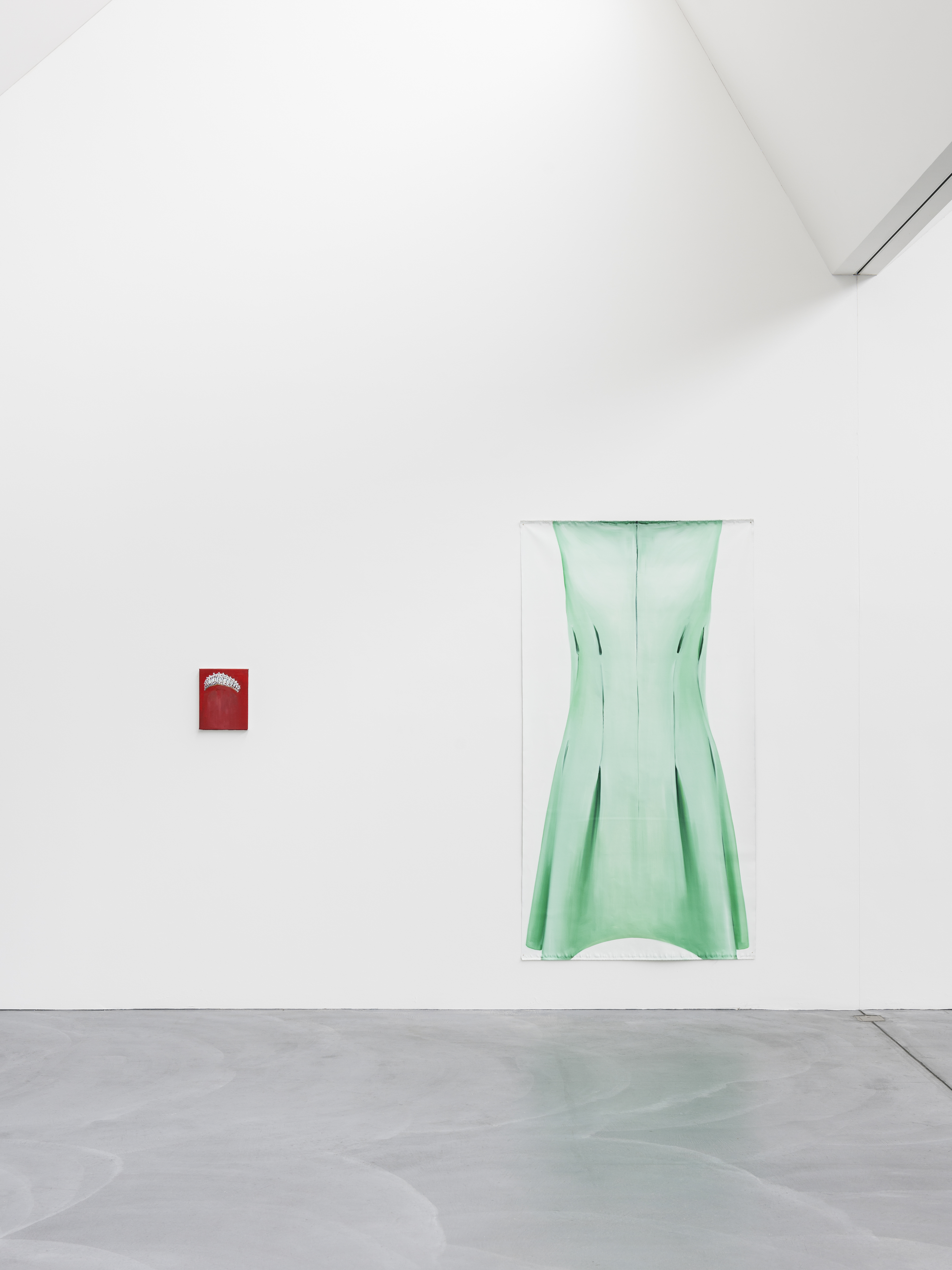 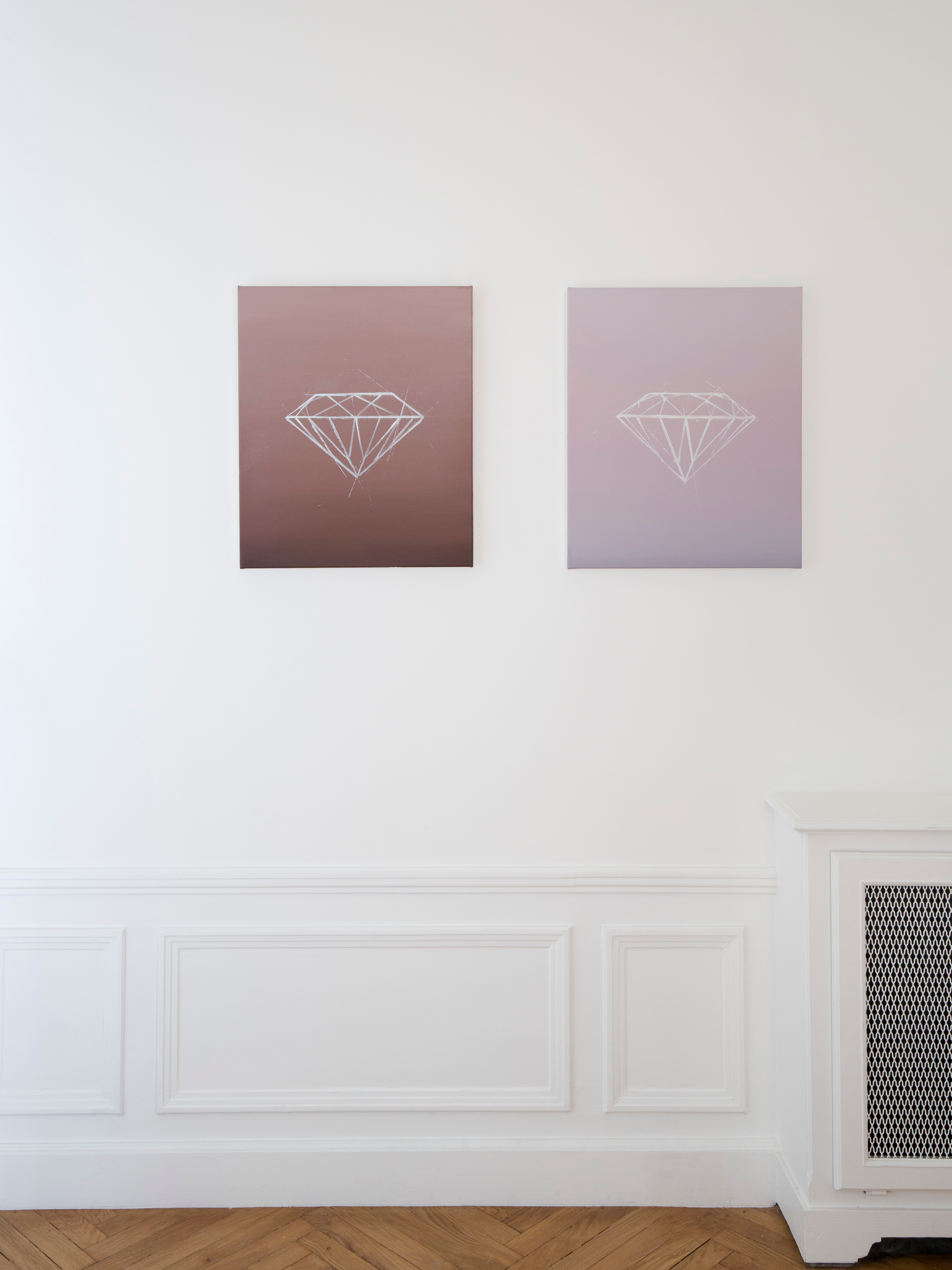 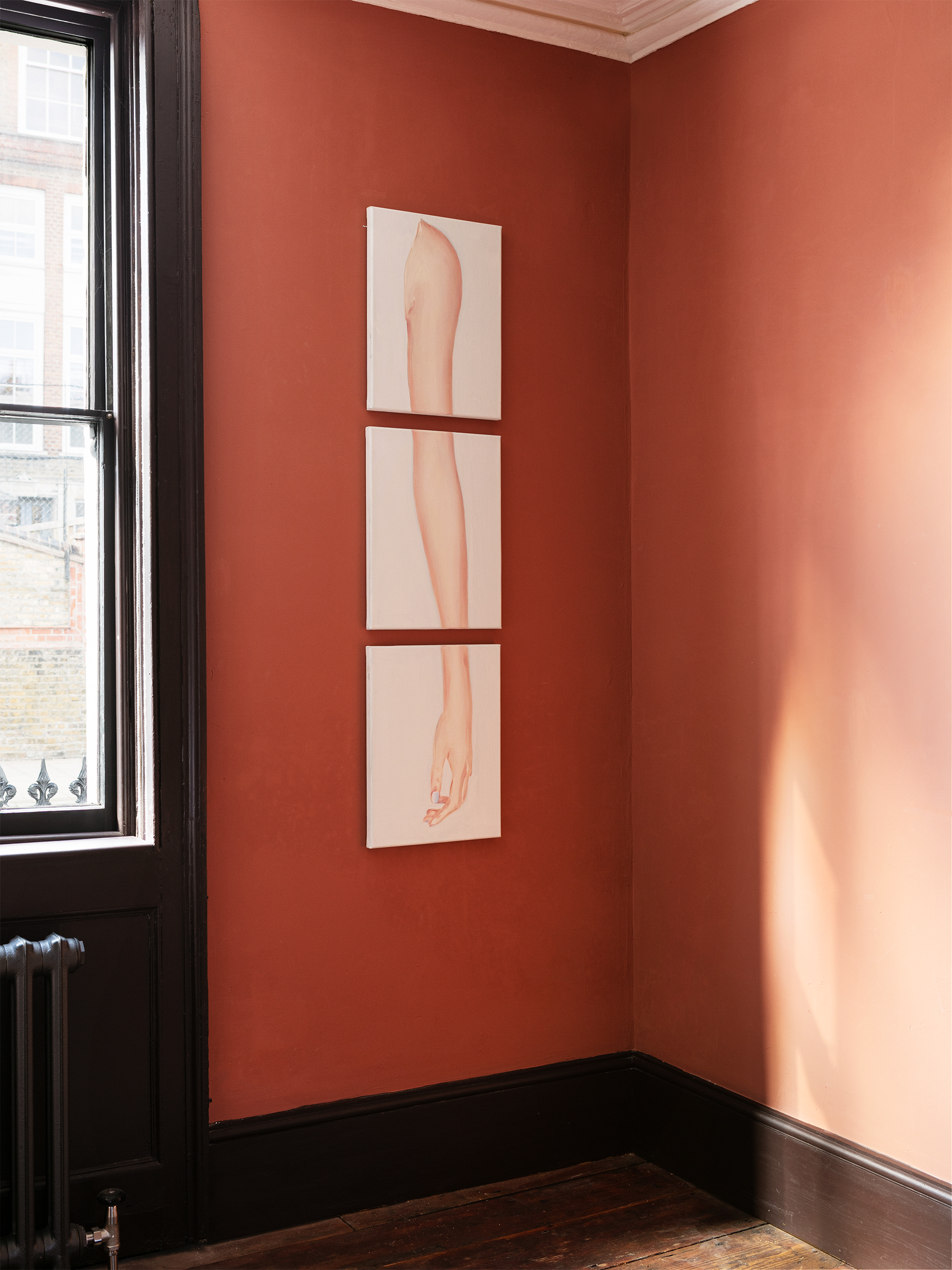 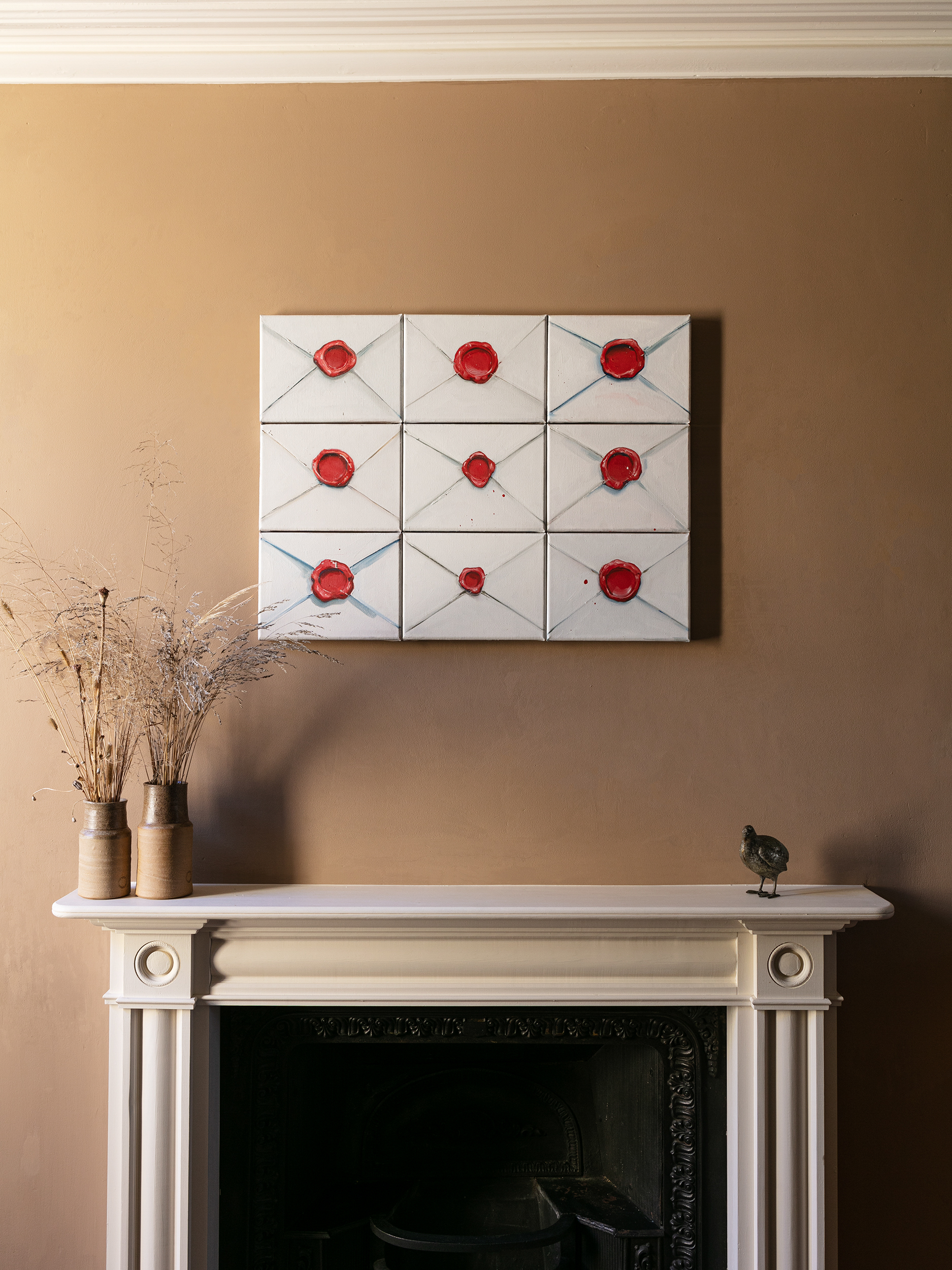 Can you describe your work in three words?
Figurative, frontal, independent.

What got you into the arts? How did you become an artist?
My parents were both painters. They met at the Academy of Arts when they were very young, then life made them take another path. As I grew up, everything around us was about art: the architecture of our home, designers’ furniture, classical music, artworks by my father who kept on painting throughout his life… yet not much was shared nor spoken about. I suppose art just came naturally to me.

What drew you to painting, and figuration especially?
As a teenager I spent a lot of time at home. I stopped going to school as an act of rebellion. The need to let off steam was continually present, so I used what was within arm’s reach to channel my energy. This is when I started to paint, copying paintings by Fernand Léger, Paul Gauguin, Henri Matisse and other painters whose work I was then familiar with.

After spending a year in my bedroom copying modern masters’ works, I went to live with my brother Pierre in London, where he worked as a decorator. With him I learnt how to work with wood and various painting techniques, in particular trompe-l’oeil — I became fascinated with the latter! I particularly loved the double reading of the counterfeit and the humour that could come out of it. I appropriated this medium and integrated marble into reproductions of old works: scenes from Gauguin’s paintings with faces painted in a fake marble effect. It wasn’t exactly good taste and I didn’t carry on, but this element of ‘surprise’ that arises from having been deceived and the possibility of a double reading remained with me when I started to create my own world: figurative paintings with multiple interpretations.

Your work often depicts objects borrowed from popular culture, the everyday and the world of celebrity… Where do you seek inspiration?
In novels, films, concerts, magazines, the Internet or a football game… everything is an excuse to paint.

What is the process involved behind your work? How do you work?
I work from documents that I’ve been collecting for years, photographs that I take on my daily outings, as well as images found on the web. I print them off and progressively classify, archive and write notes on them. It has become like a huge notebook, a memory aid from which I draw inspiration depending on the projects I’m working on. I usually reproduce the image on the canvas using a projector, which helps me adjust the image to the desired scale. In a process of elimination, I keep only what seems essential to me. Once the outlines have been drawn on the canvas, I move away from the projection and from the original document to leave room for my own interpretation. I then work on the painting to give it the force and form that suit me best.

There is something very straightforward in the way you frame your subjects and objects: frontal, close-up, overblown scale and often removed from any context. How do you decide on these various elements to create your paintings?
I approach these things in different ways depending on the format of the canvas and the subject of the painting. In small works, I almost ‘throw’ the paint and the act of painting itself feels more spontaneous. In larger works, the paint is more ‘stretched’ and worked on. It's quite rare for me to place my subjects within a context, this would allow for a certain appropriation of the image. When the subject is decontextualised it detaches itself from the background to assert its iconicity. It comes into tension with the two-dimensionality of the pictorial space, as if it were going to come out of the frame. I try to create something out of any context or narrative intention.

Who are the artists that have inspired you most?
After learning how to copy, I began to wonder what to paint. The way I paint, my ‘signature’, came naturally without my referring to existing works. But I like the works of Georgia O’Keeffe, Jenny Holzer, Richard Prince, Sarah Lucas and Elizabeth Peyton.

What interested you about joining Canopy Collections?
The idea of ​​working with other women appealed to me directly. I like their enthusiasm and approach. The fact that my paintings can go from the studio straight into private homes and circulate through online networks allows me to have a new look at my work, a certain distance. I find myself being the spectator of my own work.

Do you collect art from other artists? How important is it for you to live with art?Yes, I love it but I don't see it as a collection. It's more a way for me to feel accompanied, like windows onto other thoughts. I do not classify, I do not put away but I regularly change the works around, so I can continue to notice them without being too used to them always being in one place. I also happen to have bought a motorcycle helmet for the perfection of its shape and what it stands for: protection, speed, freedom, danger — ultimately, a perfect work of art.

Any projects in the pipeline?
I am currently working on a public project for the city of Brussels, an intervention in the longest tunnel in Europe — 5 km long! This commission consists of Indian ink drawings that will be transposed into stickers to be installed on the inside walls of the tunnel. The project is called 'StandUp': it presents silhouettes of young women which speak of adolescence and the search for identity by adopting a posture as a mode of self-expression. I wanted, with the help of 30 young women, to show through simple and direct attitudes, the multiculturality of Brussels, while underlining the desire of these young women to mark the territory, to appropriate the ground. They are presented in their entirety as full silhouettes and without artifice — from their front as the tunnel enters the city and from their back as it exits the city.