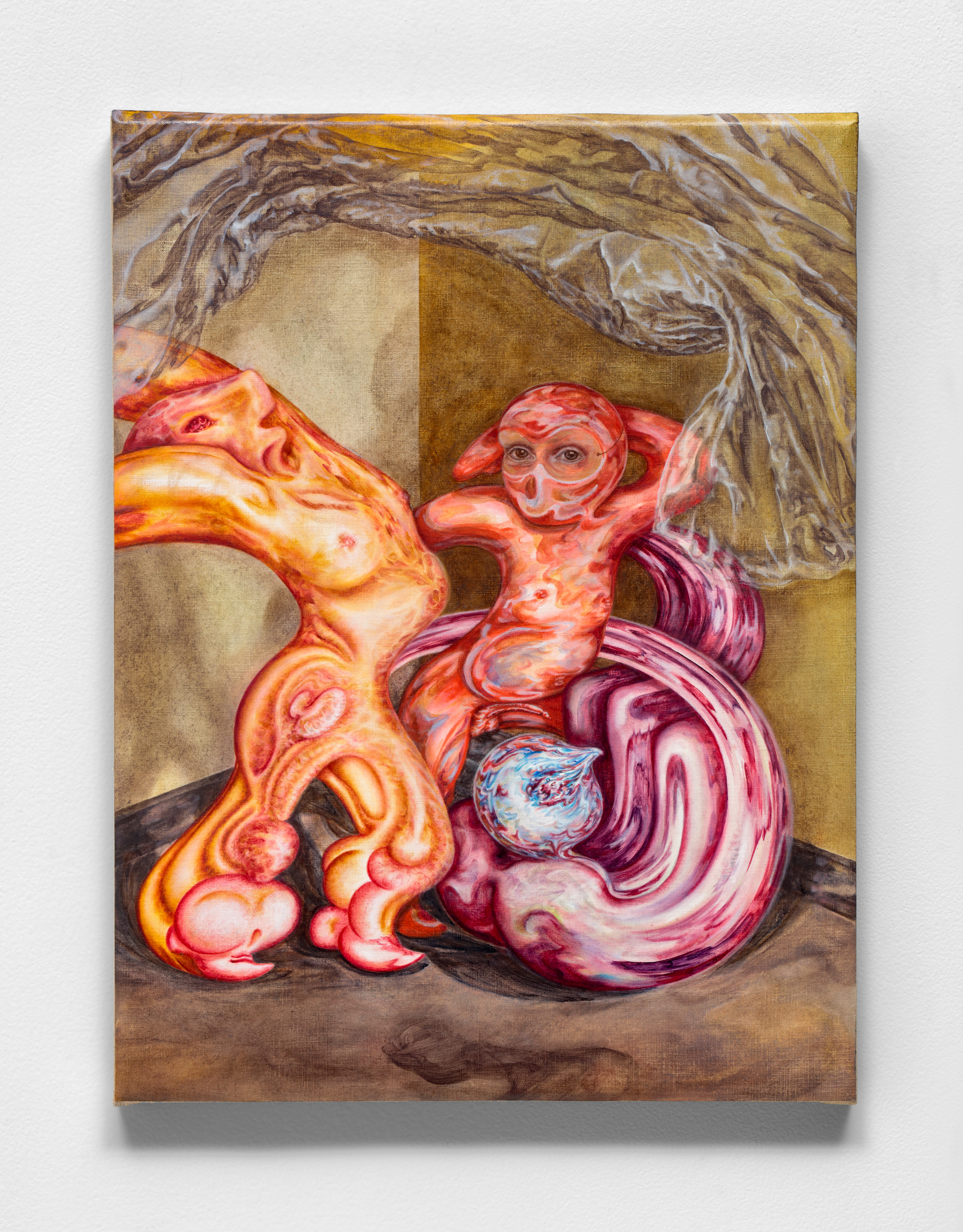 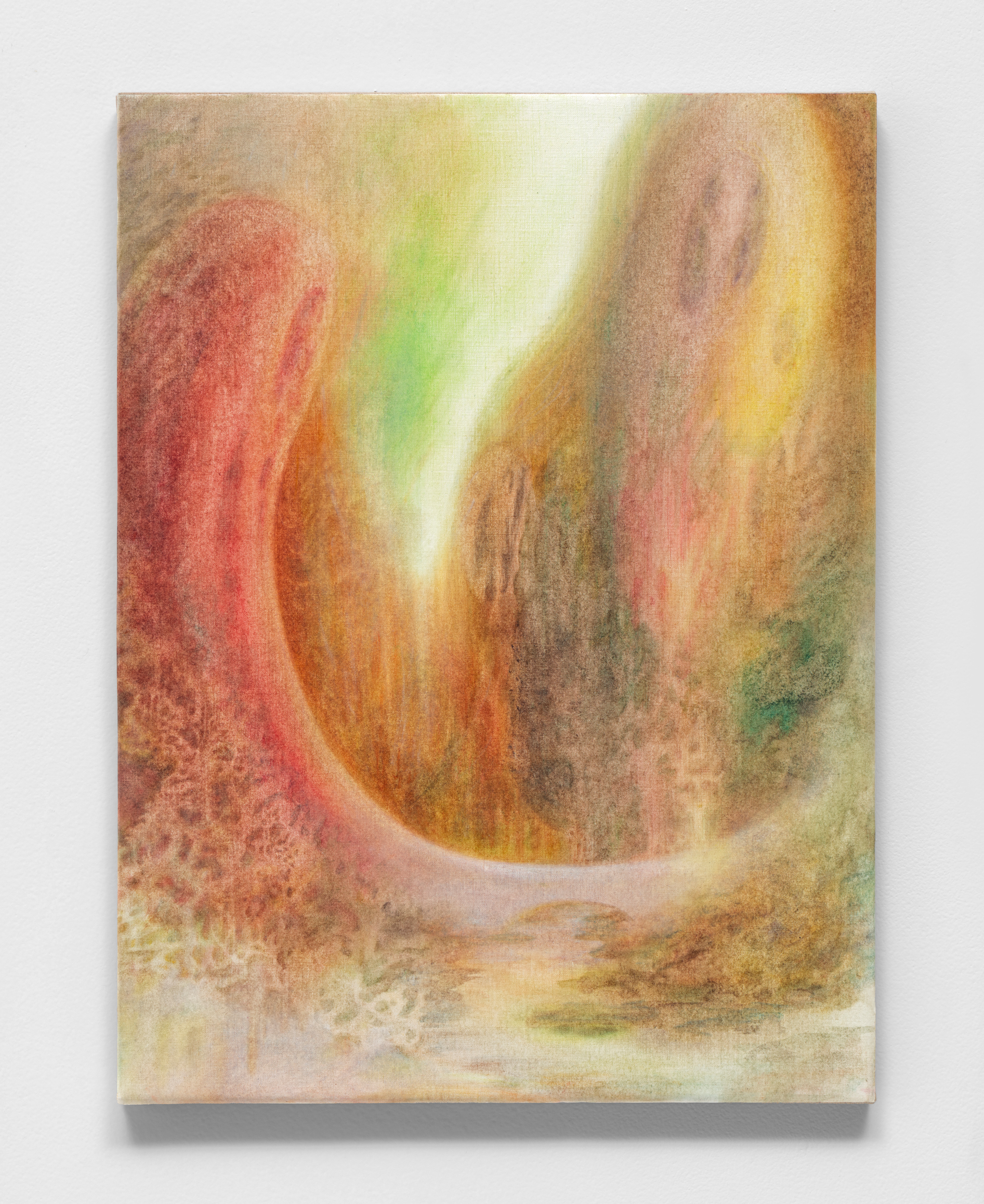 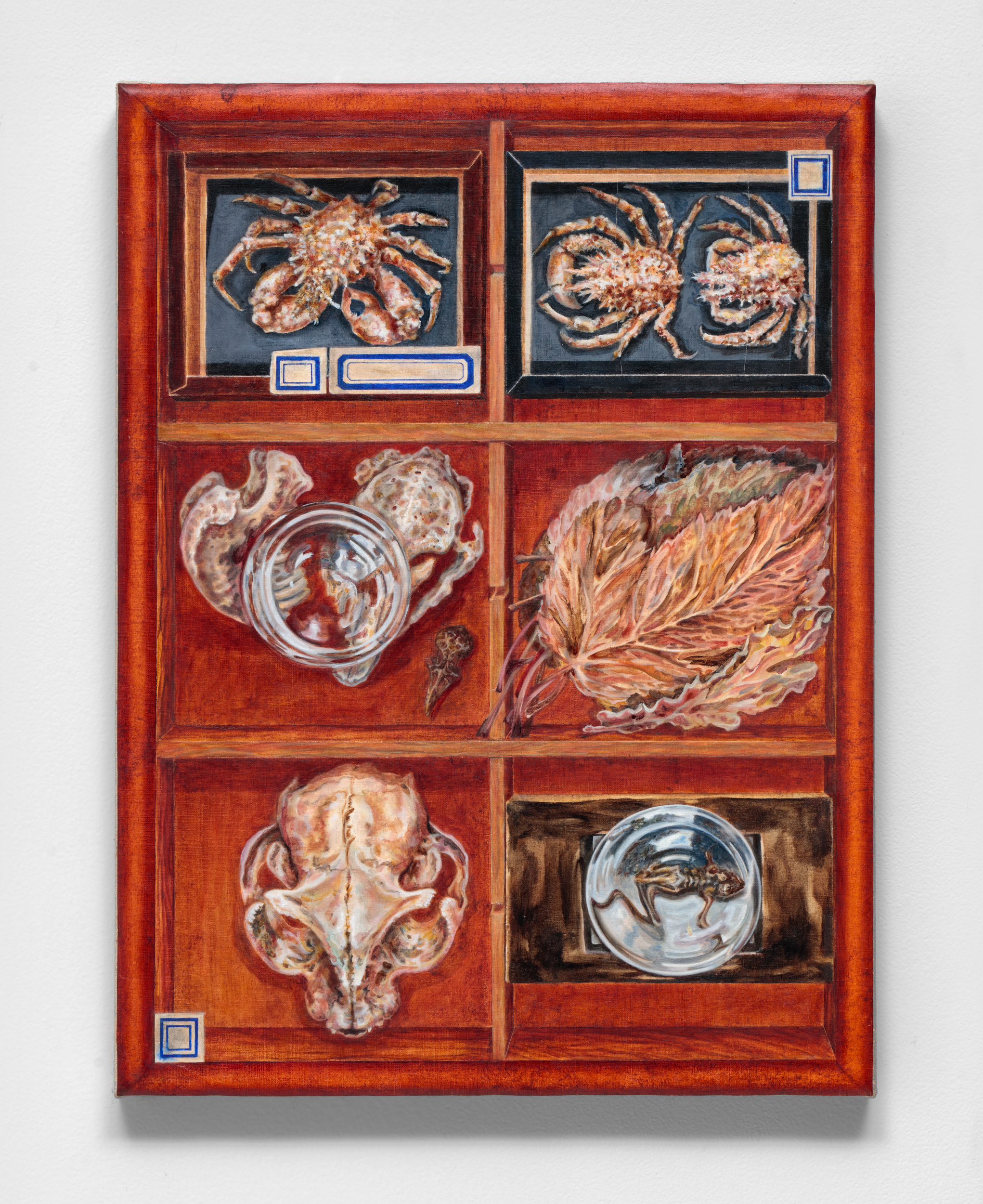 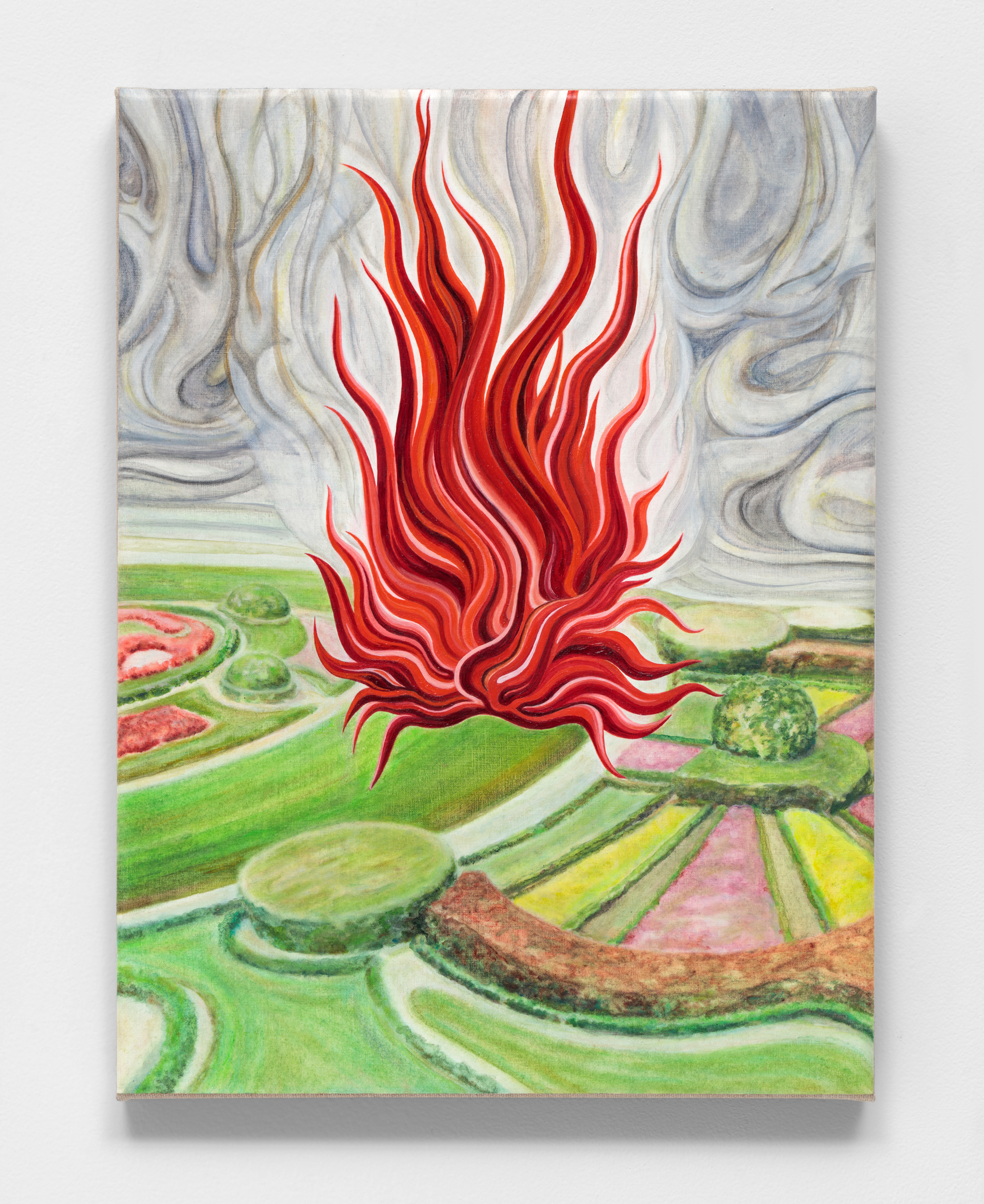 Can you tell us more about your recent move to painting and what drew you back to the medium?
My background was originally in painting until, strangely enough, the beginning of my painting studies at university in Berlin. There I discovered that I wanted to transfer the ideas of painting into other media and for the past ten years I mainly created large textile installations and sculptural carpet images which have developed into a practice of their own. So, it came to me as a surprise when I found my way to painting again. The impulse was that I wanted to transform the otherworldly essences that I had discovered in my textile works back into painting. (i.e.: The Glade). Since then, each new painting has developed into a world of its own and I have realised that there is still a great hunger in me for telling stories and provoking questions. I am still fascinated by how painting can hold both truth and lies at the same time. It’s a poignant reflection of the times we live in.

What was your inspiration for this recent series? What initiated it?
To me this series is very connected to the transitional, as most of these paintings were created during travels across three different countries (the UK, Germany and Spain). During their creation, I found myself between a liberating flow state and a feeling of restlessness. It was these in-between states of one emotion surfacing and another one rising from beneath that captured my attention. To me the paintings are testament to this.

Can you explain in more details the subject in your painting The Corner?
The initial thought was to depict three figures connected through rhythm and entwined in a dance-like movement. Each figure shows features that aren’t human or of one specific gender and they find themselves in multiple emotional states of strength, ecstasy, vanity, lust even paranoia. In a way the scene offers a platform for the viewer's own desires. The encounter is being revealed by the individual on the left throwing up the cloth. It’s a bit like a magic trick. What is revealed hits you by surprise and you wonder if what you see is actually true. The testing expression of the middle figure operates a bit like the conscience of the viewer as it’s searching for eye contact with you. But as quickly as those desires are revealed to you, they are shrouded again.

Can you tell us more about the technique you used to make these works?
Although I work within the classical layer-based oil painting process, I have discovered my own techniques, which consists of rubbing colours onto and off the canvas with my hands, use cotton buds as replacements for brushes, or as an eraser to reveal the underlying layer of paint to then highlight details with coloured pencils. It is a rhythmic back and forth where the image slowly appears onto the surface.

How do you perceive this body of work in connection with your previous tapestry works?
The paintings explore the same tactile nature as in my tapestry works. It is as if all those years of working with wool and fabric changed my way of working with paint. In the large-scale textile installations for example, the viewer was invited to lose themselves in the softness of the organic strings of wool that spill from shapes, like a teary pair of eyes or a large growing root that seems to climb up the walls. Even though this painting series is on a smaller scale, it remains important to me that the viewer is placed within the work, surrounded by clouds of smoke, mist in a landscape or feeling able to smell the sweat of a stretched steeled body. Like in the tapestries, it is these deeply sensual connections that are of importance to me.